I've done a couple of Lucas Ammeters copies. One for my Victor and two for Neville Higgins D series machines.

I am using a needle with a circular ring in order that it is obvious that this is a copy. There is no red light, just a red lens. I have tried with an LED but have not found anyone strong enough.

I have material for another few ammeters, but if there is interest, I can order more dials. All work is to develop and digitize the dial is already done.

email to calle_sjoblom@hotmail.com if you are interested in series D ammeter copys

I only sell complete ammeters.

Why not replace the original with a Calle copy and put the original on the shelf. Is there any D series machine or SQ4 with the "wrong" ammeter is an opportunity to restore the appearance of the machine. VOC Member
looks like a great idea. I have been using my series D cowl and windscreen for winter, but I left it on for summer riding as well, working well.
I need one of these red dots Lucas for my cowl so it looks correct..............how many Vincent people actually know about this red dot....not many.
Cheers
Craig 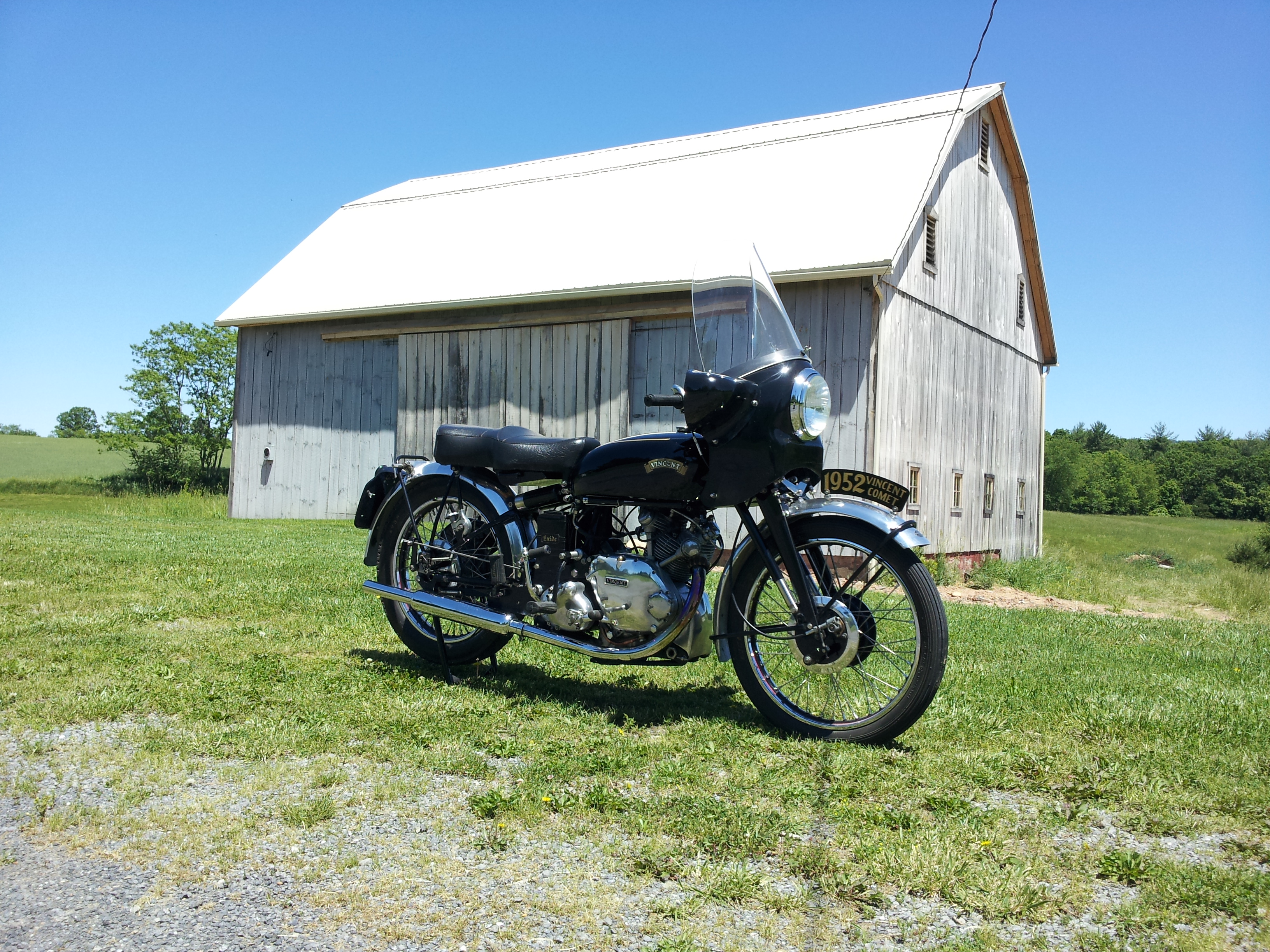 VOC Member
Is that the very shed that Steve Mcqueen hid behind with his mock BMW triumph in the great escape?
J

VOC Member
I think this Ammeter was also fitted to the Sunbeam S7/8, although how you wou keep an eye on the red dot when its fitted into a side panel is beyond me.

vibrac said:
Is that the very shed that Steve Mcqueen hid behind with his mock BMW triumph in the great escape?
Click to expand...

Can't be. That one had a big hole in the back wall.
T

VOC Member
Do we have an approximate price for these ammeters yet?

timetraveller said:
Do we have an approximate price for these ammeters yet?
Click to expand...

Will they handle your alternator output?
T

VOC Member
I would expect so. Ammeters are generally very robust electrically and have what is known as a ballast resistor across the back of them to alter the scale. I use one which is nominally 8 amps but it only has to handle that much if the battery is totally flat and the engine is revved flat out. Remember that the ammeter is set up so that it looks at the difference between what is being used and what is available from whatever generator is being used. Although the alternators are able to produce 30 amps the only time that the ammeter would try to pass that is upon starting with a flat battery and running the engine at over 2,000 rpm. What I find is that even if the battery is well down and the ammeter starts to show a large charge when the bike is started, provided that I let the engine tick over at about 1,000 rpm, the ammeter needle drops to less than 6 amps within seconds and if the bike is then left to tick over for another minute or so the charge being indicated drops back to 4 or 5 amps and then to 2 to 3 amps. What is happening is that the battery is very quickly coming up to a 12 to 13 volt level and the alternator senses that and drops back the charge. After mile or so I never see a charge or discharge. Even switching on the 130 watt headlight bulb or using the flashing indicators, 21 watt front and back, the regulator is so quick that any extra drain is so rapidly balanced that the needle stays on about zero the whole time. This is on a twin. On Comets I could not gear up the alternator to double the engine speed, which is what it is on a twin, and so at very low revs it is possible to see a discharge with the headlight and/or heated grips or gloves on. Once over about 1,200 - 1,500 revs on the Comet even that disappears and everything should be balanced. If ever you start to see a continuous charge then either the battery is failing or there is a short somewhere. All this presupposes that all systems, lights, heated clothing, sat nav etc is powered through the ammeter. If something, say a sat nav, has its power taken directly from the battery then the power which that item is taking is shown directly on the ammeter. Magnetoman will probably be able to give us a quick lesson on ammeters if my explanation is too simple.
C

I need £ 65 + shipping for a complete new ammeter as illustrated. This price is valid only VOC members. Price is a self-cost price for the first 9 pcs.

timetraveller said:
I would expect so.
Click to expand...